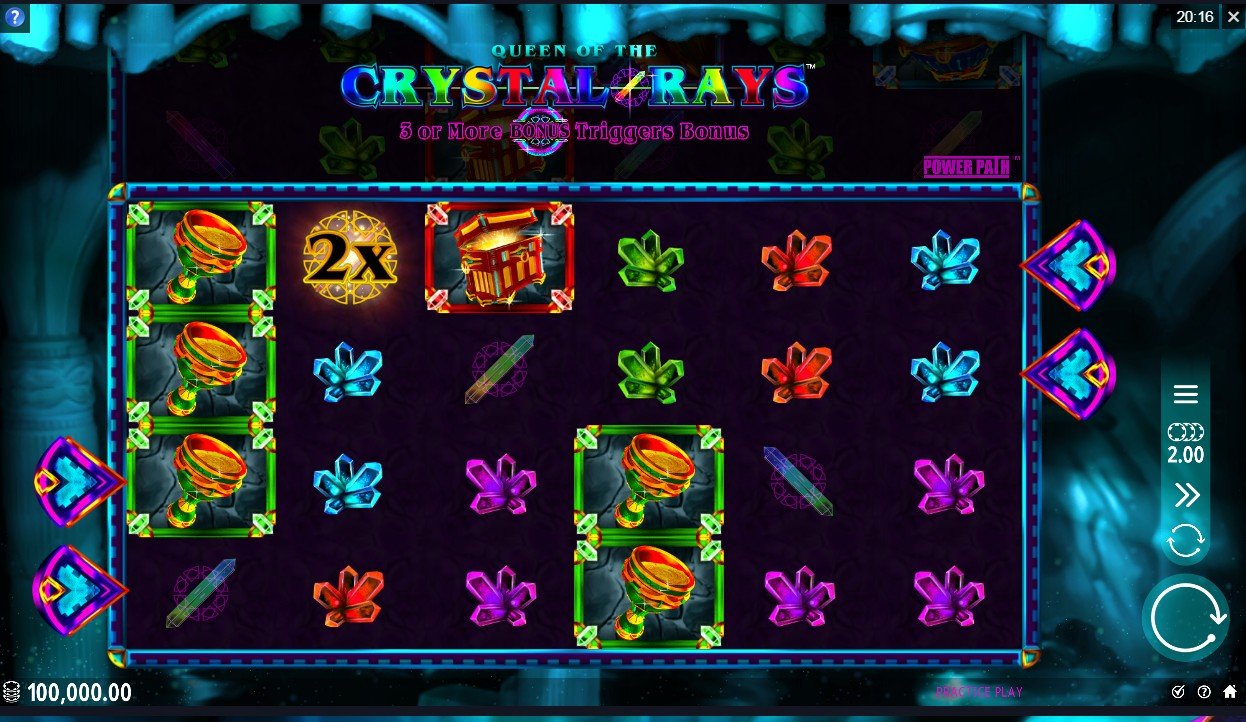 Queen of the Crystal Rays Slot comes from Crazy Tooth Studios along with Microgaming and is a 6-reel slot with 50 paylines and a fantasy theme that offers winnings of up to 2,500x your bet.

We are not dealing with the first slot from Crazy Tooth Studios on behalf of Microgaming, rather the developers have already launched a predecessor slot, Arctic Valor, which offers payouts of up to 366,840x your bet. Also on board are the Icicle feature and the Arctic Valor bonus.

Queen of the Crystal Rays is set in the middle of a large cave that houses an ancient temple. There are 8 symbols in total, divided into four different colored crystals and of course the queen herself. The graphics are not among the very best, but they use appealing colors and create an overall pleasant atmosphere. In addition, there are small animations of the queen hogging a roller in different game situations. The soundscape offers a fantasy melody that fits the theme well, and with roll movements, wins, and active features, additional effects are added that fit in equally well.

Besides the normal wild, there is also a wild with x2 multiplier that replaces all other normal symbols. In the Crystal Ray feature, the queen lets the reels expand to double their size. Then rays shoot across the screen and spread the multiplier game anywhere on your playing field.

The Queen of the Crystal Rays bonus starts at 3 scatters. Then a playing field appears with different possible winning amounts you can reach. In addition, there is a winning multiplier of up to x5.

Queen of the Crystal Rays can be played on mobile, tablet, and desktop PCs. Via iOS and Android, the next round is always just a fingertip away.

Queen of the Crystal Rays Slot

Wild symbol: The game includes a normal game and a game with x2 multiplier.

Scatter symbol: The bonus symbol acts as a scatter.