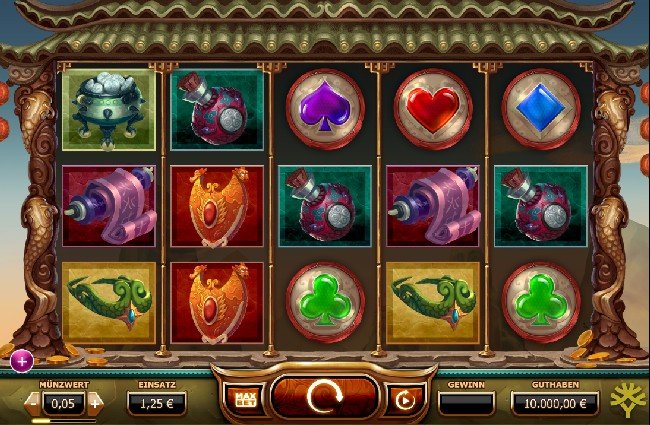 Monkey King Slot. Monkey King by Yggdrasil is a 5-reel slot with wins in all directions that combines martial arts with the concept of a monkey king and ancient artifacts, allowing you to win a maximum jackpot of €303,750!

The game uses the standard playing card symbols at the bottom of the paytable and various ancient artifacts, including a treasure chest further up. The graphics are relatively detailed and the music and sound effects fit the theme of the game very well. The animations of the special features, such as the Monkey King feature, make the game really entertaining!

The game has many different features that make it really entertaining. The first is the Sticky Wild feature, where the Monkey King swings onto the reels as if from nowhere and randomly turns one of the symbols on the second or fourth reel into Sticky Wilds, which remain on the reel for another round of play if they are part of a winning combination. Next, there is also the Count Down Wild symbol, which is also randomly determined by the Monkey King somewhere on the third reel. This wild symbol then displays a random number, which is the number of rounds it will remain on the board. But the monkey king does not stop there! He may appear again at random and then turn one of the symbols into another symbol to give you a winning combination. This feature is called the Monkey King feature here.

Monkey King is also available for mobile devices and you can play the game on the go on iOS and Android smartphones or tablet computers.

Wild symbol: There is a Sticky Wild and a Countdown Wild that substitute other symbols for winning combinations.